I’m a prideful creature and I really don’t like being wrong.  I put my neck on the block by predicting a Sweden win and, honestly, I thought they were the most likely winners until Zlatan Ibrahimovic went off injured (presumably) at half time.  At that point Sweden had come back from a goal down and were looking the most likely, having twice as many efforts on goal to the Spanish.  Fernando Torres – otherwise disappointing – had put Spain ahead on the quarter-hour when he brilliantly poked home from about 8 yards.

Markus Rosenberg replaced Ibrahimovic but the Werder Bremen striker hardly had a touch as the Spanish dominated possession.  With Henrik Larsson and Freddie Ljungberg looking jaded, and the Swedes missing Ibrahimovic’s ability to hold up the ball, the Spanish created all the chances and you felt it was only a matter of time.

However the Swedish defence held tight and their tackling in their own final third was exceptional: Mellberg and Hansson outstanding, Fredrik Stoor coming in at right back and performing very well.

The winner from David Villa came in the 93rd minute and it was as cruel as it was deserved.  Just before he scored Rosenberg had a chance to win it but the half-time substitute looked absolutely exhausted and couldn’t get a shot in.

Spain are there now and Sweden need a draw in their final match.

Russia looked a decent side against Spain and they showed, again, against Greece that they can play football (which is good considering that it is their profession).

You can’t say it’s tough on Greece as they got this tournament wrong from the start, playing too defensively against Sweden and starting slow against Russia.  When attacking they showed they have quality but they were well beaten here.  The Russians are in a great place now.  Key players like Semak, Zyryanov and Pavluchenko have found form and with Andrei Arshavin back for the decider against Sweden, they will be even stronger. 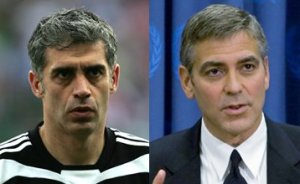 The 36-year old showed signs of dementia when he needlessly chased out of his goal towards a cross that was of no immediate danger.  Semak overhead kicked it back towards the six yard box and Bilyaletdinov tapped home.

In what was a pretty absorbing battle Greece battled but were short of the guile required to break down a very solid Russian side.  It’s early days but under Guus Hiddink there are signs that a fine European side are being assembled.  Whether it will be enough to see them progress depends on the condition of Sweden’s ageing squad on Wednesday.

Regarding Wednesday’s games, I have worked out how the qualification works and the Group D situation shows that it is a farce.  The criteria for deciding who finishes above who is based on results between the tied teams.

If Greece beat Spain 10-0 and Russia beat Sweden 10-0 in the final games, Spain will still win the group despite tying with Russia on 6 points and Greece will still be eliminated despite tying with Sweden on 3 points.  Why?  Because Spain beat Russia and Sweden beat Greece in the head-to-head.  Goal-difference only comes in to it if the teams had drawn their group game.

It’s supposed to combat a situation we’ve seen in the past where teams have rested players or perhaps “contrived” to produce a result that helped their opponents (Argentina v Peru, 1978 World Cup; Germany v Austria, 1982 World Cup – allegedly).  But I think it leads to too many “dead games” in the final round and you have to give professionals a little bit more credit than that.

Ok this is turning in to a long blog.  Sorry. We’re in to the final round.

First up is Switzerland against Portugal.  There’s nothing up for grabs here as Portugal have secured top place in the group and Switzerland are eliminated.  It’s likely that we will see a handful of changes from Chelsea manager, Scolari (chuckle).  Ronaldo, Carvalho and Bosingwa will probably be rested and Scolari might even try partnering Almeida and Gomes up front.

Switzerland may make some changes too but they have aquitted themselves well in the competition and are unlucky to come away with what is likely to be three defeats.

The reverse is true in Geneva where Turkey and the Czechs will meet to decide who progresses.  A draw will lead to a penalty shoot-out and i think this is the most likely outcome.

Both teams improved in the previous round of games and there are unlikely to be changes.  The Czechs must still be concerned at the lack of firepower up front.  It’ll be a lottery from the penalty spot.