1986/87 – the David Pleat year, five in midfield, 49 goals for Clive, semi-finals, finals and replays, and Diamond Lights. But it all went wrong. Within a few months Pleat was gone (possibly off to start his degree in 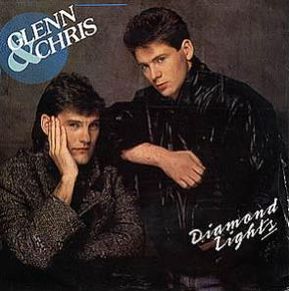 “Mispronouncing Footballer’s Names”) and Tottenham graduated to financial difficulty and 20 years of mediocrity.

That was very much the “nearly season”.  And while only a fan as pessimistic as me could declare that 2011/12 is set to be yet another, I’d rather have a nearly season than a nothing season.

While fans of other clubs are fondly recalling the goals that won league titles or Champions Leagues, the likes of me is forlorn over the last minute Gudni Bergsson equalizer that cost Tottenham second place in December 1995, speechless at Ian Walker’s gormless grin after a crap Steve McManaman shot hit a divot and trickled past him in 1996 and demoralized following Allan Nielsen’s humorous tapping of his wrist after his 90th minute consolation in a 1-7 defeat to Newcastle.

The 90s were utterly dire for Tottenham, the first half of the last decade not really that much better.  Rival fans loved to laugh – and why shouldn’t they.  Big spending Spurs were embarrassing themselves again whether it was losing 6-1 to Bolton or giving Stuart Nethercott 50 games.

But for all the complaints I’ve had about Harry Redknapp, he’s certainly managed to stitch a good outfit together.  While Chelsea spend £50m on Torres, United pony up £34m for Anderson and Carrick (ironically both pony), Liverpool splash £85m on Henderson, Downing and Carroll and Man City spend hundreds of millions on their first team, the Tottenham team that beat West Brom this week was put together for about £60m.

Just three league defeats (two of which were against the top two and suffered without the considerable presence of Scott Parker and Emmanuel Adebayor) have silenced the critics for now and the season is not looking as transitional as it seemed it might be.

While the players and ‘Arry have to play the game and suggest they are in the title race, it would take incompetence of the highest level for Mancini not to bring the trophy to Eastlands.

The media have been jumping on the top club’s bad results (crisis! pressure!) only a week later to flip 180 after a good win (back in the title hunt!).  It’s reactive and illogical but it gets people angry and accumulates page hits (used to be that it sold papers but no one buys those things any more).  Spurs are one defeat away from the same treatment but that defeat doesn’t change the reality and likelihood any more than a win does.

There are only two teams who ever really had a chance this season.  Chelsea are too old and in transition, Arsenal lack quality and Liverpool have a good manager who bought the wrong players.  Tottenham sit somewhere in the middle – quality in key areas but without the experience and touch of class that the two Manchester clubs have to call on.  Even if I wasn’t a Tottenham fan I’d love to see them in the hunt just to bring something a little different in to the mix.

But we all know what will happen when they take on Everton on January 11th hoping to record the win that puts them second with Man United – the recently re-signed Steven Pienaar will knock home a 90th minute equalizer for Moyes’ side.