“I wouldn’t sell a virus to that mob” – Alex Ferguson on his relationship with Ronaldo-suitors, Real Madrid

Does anyone outside of Glasgow inner-city suburbs know what that even means?  You won’t sell a virus?  Unless it’s in the hands of terrorists a virus is hardly a commodity. 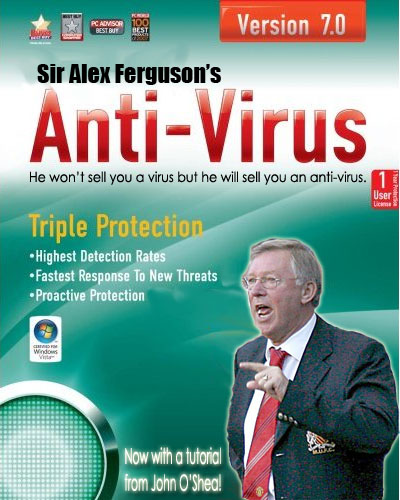 “It is spineless, the man who employed him can sack him just as quickly as that” – Portsmouth manager Tony Adams on Blackburn’s decision to sack Paul Ince after 17 games

I’m sure if Tony Adams appointed someone to manage his charity, the Sporting Chance Clinic, and found after four months that they were not doing a good job and didn’t look likely to get their head around the demands, then he too would have to make a business decision.  It’s very easy to be criticial when you’re not the one who stands to lose.  Adams is probably more worried about the fact that two inexperienced managers (Roy Keane of Sunderland and Ince) have left their posts after struggling to get results.

Coincidentally Portsmouth’s only two league wins in two and a half months have been against Sunderland and Blackburn.