Nice work if you can get it

If I slagged off my boss in the media I’d probably get little understanding – maybe even the bullet.  What does Gareth Barry get?  A day off!

The versatile mid-table defender-cum-midfielder has been told to stay away from the training ground and fined an obscene amount of money for criticizing his club and manager Martin O’Neill – a manager renowned for his loyalty to players, no less.

It’s sad to see such an unassuming and loyal servant as Barry become so consumed by what some might call “ambition” – what I call a lack of professional grace.  At 27 few could blame him for wanting to better himself.  But the cold hard facts are that he was happy to sign an improved deal last year when no one was interested in him so why should Villa let him go on his terms?

I am always reminded of a quote I heard that was attributed to Sergei Rebrov in the early part of this decade.  It went something like: “One does not join a great club, one makes a great club”.  When he was picking splinters out of his arse on Tottenham’s bench he probably felt quite different.

West Brom played hardball with Kevin Phillips and they, uh, lost the game of hardball.  To Kevin Phillips.  The 24-goal striker looks set to join Division 2 new boys Birmingham on a 2 year deal after only being offered 12 months by new Premiership relegation-certainties, West Brom.

Here’s a nice graphic I did in Photoshop. 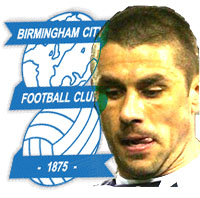 To appease my German friend Nette, here is some German football-related news.

Lukas Podolski looks set to stay in Germany with Cologne after turning down a move to Tottenham.

Current Manchetser United star and full-time odious creature Ronaldo has to have an operation on his knee that could keep him out for six weeks.

The cheapest club-shirt print in the UK will be Manchster City’s new striker, Jo, who signed for a notch under £20m.

Rafa Benitez will have reason to get cross again because Javier Mascherano has been selected to play in the Olympics against Rafa’s wishes and the Spaniard doesn’t like when people don’t do everything he wants.

Hull might be ok next season if they manage to pick up three decent players in Geovanni (Man City), George Boateng (Middlesbrough) and Bendy Mendy (PSG).

Mentalist Raymond Domenech will fly the flag for astronomy-based team selection a little longer as the French Football Federation have decided to keep him employed until their next international debacle.

One thought on “Barry gets day off”